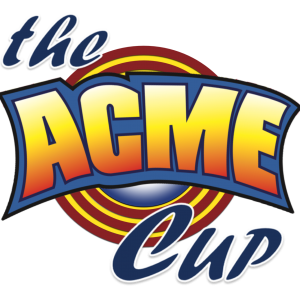 • The racer must be built from the valve cover of any air-cooled Volkswagen (VW) model engine, Type 1,2,3, or 4. The cover can be a stock VW valve cover or any after-market valve cover.
• The valve cover may be modified (e.g. holes drilled for axles, add-ons, etc., and/or creating a cockpit) but cannot be cut into pieces and re-welded into a different shape. The valve cover must retain the general and overall appearance of a stock VW or after-market cover.
• The racer may be painted or unpainted. The use of graphics, decals, external add-ons (e.g. a faux body), decorations, lights, etc. is encouraged. Vehicle design is up to you so show your innovation and creativity.
• The racer must have four (4) wheels/tires. Each wheel/tire may not exceed 4 inches in diameter and must be non-metallic. Wheels should be designed and mounted to maintain contact with the racing surface at all times. Skateboard, in-line skate, roller skate, or homebuilt wheels (non-metallic) are acceptable. Tread may be tapered or rounded but cannot be tapered to a sharp or “knife” edge. Wheels may be mounted either inside or outside of the width of the valve cover (the overall width of the racer must not exceed 9 inches).
• Bearings may be used as well as washers and bushings.
• Only dry lubricants such as graphite or powdered Teflon “white lube” will be allowed for lubricating the wheels. Lubricants may not foul the track. See lubrication rules below.
• The racer must have no moving parts other than the axles or wheels.
• Maximum weight of 5 lbs
• Maximum width of 9 inches measured at the car’s widest point(s).
• Maximum length of 14 inches
• Maximum height of 10 inches
• The bottom of the nose of the valve cover racer (VCR) has a maximum allowable height of 3 inches, measured vertically, from a level surface, and no part of the VCR is allowed to extend in front of the nose (see illustration). This is required to allow the starting gate to function properly.
• No propulsion of any kind allowed – this includes but is not limited to: moving weights, springs, magnets, liquids, compressed air, and electric motors.

All entrant’s racers will be submitted for inspection to the judges at least 1 hour before the competition begins. No racer will be accepted for competition that hasn’t been inspected. Any racer that fails to meet the required car specifications set forth will be allowed to fix their racer and resubmit for inspection before the time limit expires for the race cars to be quarantined (30 minutes before the start of the race). The submitted race cars will remain in the race quarantine area, at the judge’s table, throughout the competition or until they are eliminated. Racer quarantine is to ensure no changes are made to the racers during the competition.

If during a race heat both entrants fail to cross the finish, the racer that comes to rest the closest to the finish line will be deemed the winner of that race.

If a racer leaves the track without interfering with their opponent, the race shall be considered to have ended at that point with the racer remaining on the track as the winner of that heat.

If a racer leaves their lane and in so doing, interferes with another racer, then the racer at fault shall be declared to have lost the heat.

No artificial aiming devices may be used to align the VCR at the starting gate. No aiming device can be built-in into the permanent design of the VCR (i.e. no “gun sights” or laser sites attached to the VCR). VCR can only be aligned/aimed by the racer’s line of sight.

Repairs to a VCR may be conducted between heats only under the supervision of a race official. Only repairs are allowed (e.g. putting a wheel back on the VCR). No modifications. If a racer is not ready to complete when their heat is scheduled, they will be declared to have lost the heat.

The rules are in place to keep the spirit of the competition fair, structured, and fun. The organizers encourage all participants to make a fast and cool VCR, but please adhere to the rules. “Creative” solutions intended to circumvent the rules will not be allowed and will result in disqualification.